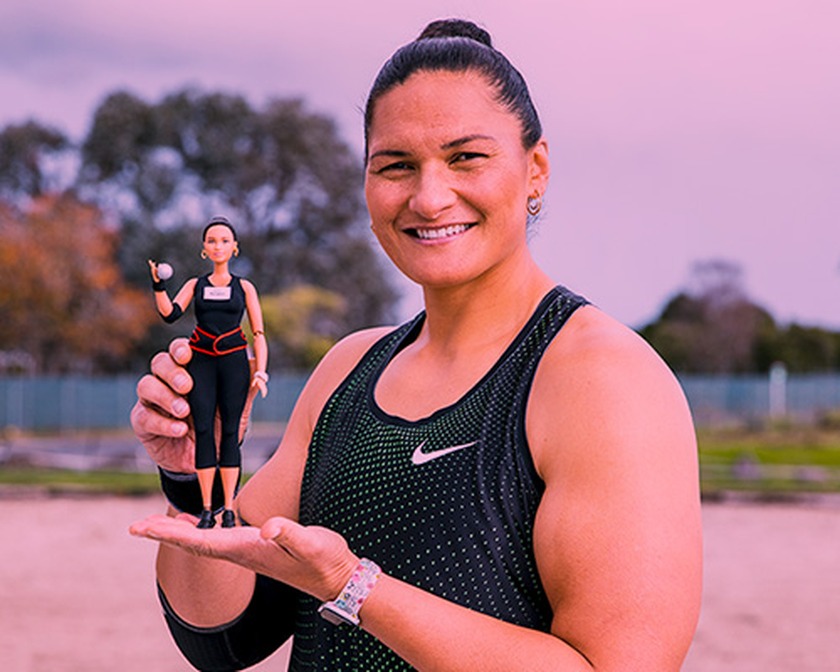 Mattel, the toy manufacturer behind the giant doll brand Barbie has created a Dame Valarie Adams Barbie doll as part of their Role Model collection.

The Role Model campaign was launched back in 2015 and recognises influential women around the world each year for their efforts with those selected receiving a one-of-a-kind Barbie of them made in their honour.

Dame Valerie’s model is dressed in her usual competition wear with a shot put in hand.

“I’m pumped to share today that I’m the New Zealand Barbie Role Model for 2020. As a mum, it is my responsibility to be a positive role model for my daughter and as an athlete, throughout my career I have been able to reach more young girls all around the world especially New Zealand to inspire and empower them to be the best version of themselves. We definitely need more role models and as a strong Pacific woman, I feel it is my duty to be more accessible and involved in the community, both on and off the field. We need to nurture our future generation to believe and trust in themselves. Barbie have partnered with amazing women year after year for this campaign, and to be a part of that line-up is an honour.”

Dame Valerie broke into the international shotputting scene by winning the world youth title in Hungary in 2001 and went on to win the world junior title the following year.

She has been a dominant force in women’s shotput internationally since 2006.Dame Valerie was also named the World Athletics (previously IAAF) Female World Athlete of the Year in 2014, becoming New Zealand’s first athlete and the first thrower globally for ten years to win such accolade.

She currently holds the New Zealand, Oceania, Commonwealth and World Championship records with a personal best throw of 21.24 meters.

Now a mother of two, Dame Valerie was knighted and awarded a Dame Companion of Order in 2016.

She is considered a leader and role model in the Pacific community and continues to compete.