News / Gallagher Chiefs take on the Highlanders at home 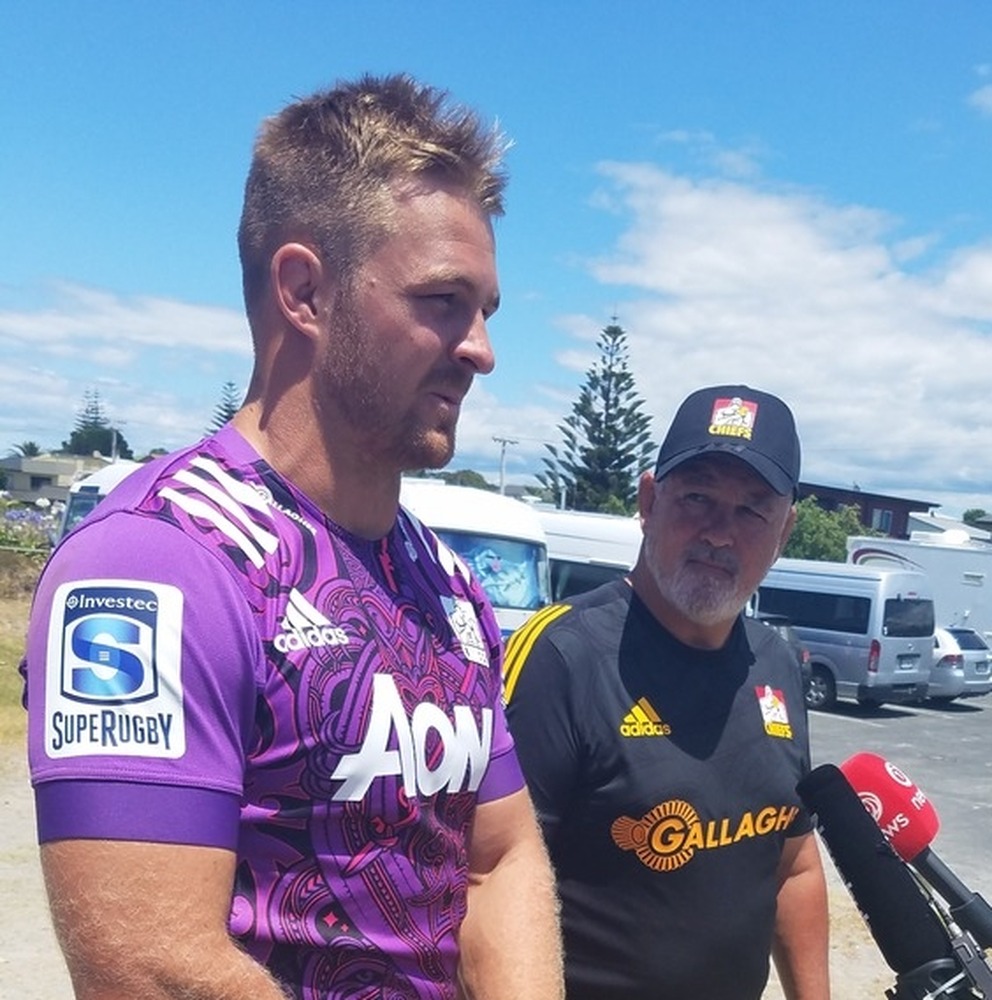 Gallagher Chiefs take on the Highlanders at home

The Gallagher Chiefs return home refreshed after their bye week to take on the Highlanders at FMG Stadium Waikato on Sunday 19 July in round six of Investec Super Rugby Aotearoa.

The Gallagher Chiefs will be proudly supporting their community partner Variety – The Children’s Charity for their Warm Hearts Winter Appeal. The Gallagher Chiefs are aiming to raise nearly $17,000 to provide 50 beds (including bedding) to kiwi kids through Variety. Every Fan Zone child ticket purchased goes towards providing beds to kiwi kids and a dollar from every hot dog sold will also be donated towards achieving the goal.

Gallagher Chiefs Head Coach Warren Gatland has made a raft of changes to his twenty-three for the derby clash to kick off at 3.35pm.

A reshuffled backline will see halfback Brad Weber combine with first-five eighth Kaleb Trask, with an experienced halves combination in Te Toiroa Tahuriorangi and Aaron Cruden named on the bench. Alex Nankivell earns his first start of the Investec Super Rugby Aotearoa competition at second five-eighth. Nankivell will be joined by Anton Lienert-Brown in the midfield who returns from concussion. An electrifying back three consists of Solomon Alaimalo on the left wing, Sean Wainui on the right wing and Damian McKenzie slotting into fullback.

Gatland said the Gallagher Chiefs were refreshed from their break and were eager to return to Investec Super Rugby Aotearoa at home.

“The team have had an enjoyable break and have returned refreshed and hungry to earn a win this Sunday. We have enjoyed been out and about in the community this week, the team have been fundraising for our community partner Variety – The Children’s Charity for their Warm Hearts Winter Appeal in a number of the malls in Hamilton and we have had the pleasure of our members attending training.”

Gatland said Sunday afternoon’s game will be a competitive encounter for fans to watch.

“It was a tightly contested battle when we faced the Highlanders in the first Investec Super Rugby Aotearoa match in Dunedin. They have a number of threats across the park. We need to be prepared to defend that and bide our time when we are given the opportunity. We then need to apply pressure, force turnovers, attack and execute accordingly. This Sunday is about us starting better and continuing to finish strongly so we secure a win at home that our fans deserve to see.”