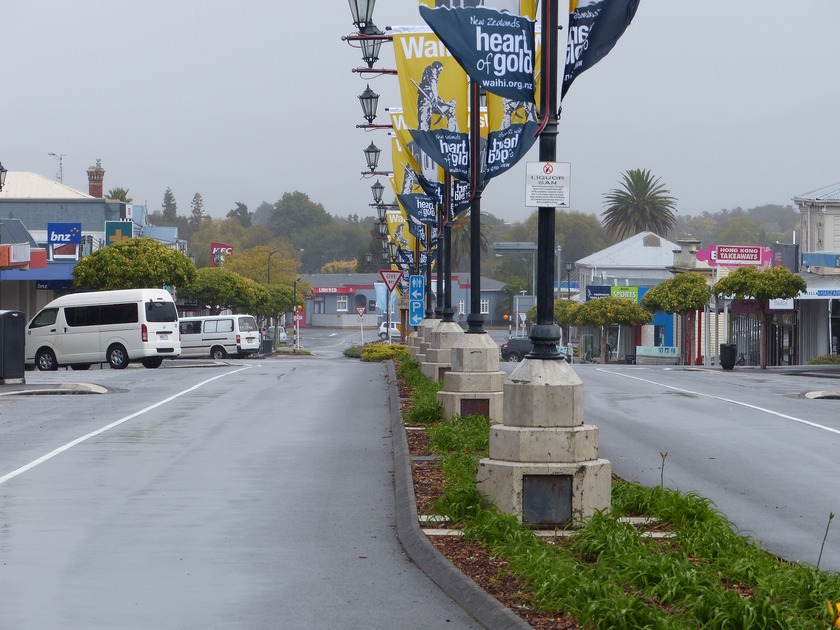 A new mining proposal could mean Waihi’s Cornish Pumphouse is on the move once more. The replacement of the Council’s elderly housing units at a new site, as well as some realignment of local roads, is also on the table should the project go ahead.

Mining company OceanaGold shared its proposal for further development in Waihi with the Council yesterday afternoon. The company will also present its proposed plans at the next Council meeting on 29 July. The project, named Quattro, has four main components including an extension to Martha Open Pit; a new, smaller open pit to the west of the processing plant; a new tailings storage area next to the current area, and a new rock storage area.

Once the Council receives an application it will use independent professionals to ensure the information received from the company is technically robust, and independent commissioners will be engaged to listen to community feedback and make a decision.

“At this stage there are still many unknowns. Once we receive an application from the company there’s a robust process to go through that will allow community feedback via formal written submissions,” the Mayor said.

“We’ll ensure all information is available to the community as soon as possible.”

He said OceanaGold has been talking with the Council for a while about acquiring the Seddon Street property that its elderly housing units are located on for possible future mining projects. The Council has since accepted an offer from the company to swap that land for a property it owns that runs between Gilmour and Mueller Street.

“As part of the offer, the company would build six new elderly housing units on the property and provide infrastructure for five more future units,” the Mayor said.

“We’ve agreed to the swap as it offers many benefits to the community, particularly for our older people. However, it’s an option for a five year term, as the land may not be required if the proposed mining project does not go ahead. So if it does happen, it won’t be for a few years yet.”

He also expects the company will approach the Council to seek approval to realign the Cambridge Road/Bulltown Road junction, along with a section of Moresby Ave and Savage road.

“The interests of our communities are paramount, so we’ll be going out and talking with people in Waihi to understand how they feel about any proposed road changes when we receive the application,” the Mayor said.

Mayor Adams says the company has been exploring other mining opportunities over the past few years and the Council has been well aware of that.

“Since purchasing the Waihi Gold Mine from Newmont Mining Corporation in 2015, OceanaGold has been actively engaged in exploration work so we’ve been expecting to see new proposals on the table,” he said.

“What’s important now is that we consider the interests of everyone in our Waihi community, including all residents, ratepayers and businesses.”

Major slips on the north wall in 2015 and 2016, stalled mining in the Martha Pit but in 2018 OceanaGold received resource consent for work to stabilise the wall and allow access to the bottom of the pit to restart mining. The creation of new underground drives, mostly beneath the pit and in a residential area spanning from the rugby clubrooms to the Mueller and Kenny St intersection, also received consent at that time.