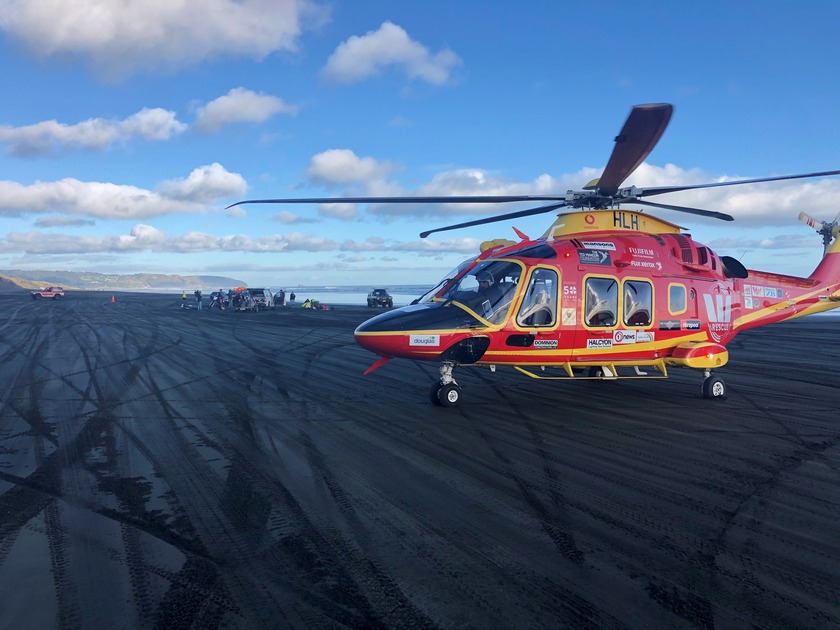 The Auckland Rescue Helicopter Trust had another busy time over the weekend.

Westpac 3 crew were called to Coromandel at 3.35 pm Friday to assist a male patient in his 50’s suffering a medical complaint. He was flown to Auckland City Hospital in a serious condition.

At 7 pm on Friday Westpac 1 was stood down and returned to base after flying to Muriwai to assist a patient.

A Rapid Response vehicle responded to Ellerslie at 9.03 pm to assist at a shooting involving two male patients. Both patients were in a serious condition.On the way back from that mission, crew came across a road accident where a vehicle was overturned on its side. The medical crew returned to base when they weren’t required.

At 7.25am on Saturday Westpac 1 headed to Kaitaia to assist with the interhospital transfer of a male patient in his 50’s suffering a medical complaint. He was flown from Kaitaia Hospital to Auckland City Hospital in a serious condition.

Westpac 3 was called to Waimamaku, Hokianga at 10.55am to assist a female patient in her 70’s who had suffered a fall off a couch. She was flown to Rawene Hospital in a moderate condition.

At 4.33 pm Westpac 3 were off to Hot Water Beach to assist a male patient in his 20’s who suffered an injury while surfing near some rocks. He was flown to Auckland City Hospital in a moderate condition.

Waiheke Island was the destination for Westpac 1 at 6 pm on Saturday when a male patient in his 50’s suffering a medical complaint needed assistance. He was flown to Auckland City Hospital in a serious condition.

Then at 9.47pm a Rapid Response Vehicle assisted a patient involved in a stabbing. The patient was in a moderate condition.On Sunday a Rapid Response Vehicle a female patient in her 60’s suffering a medical complaint and in a critical condition. A bystander had performed CPR and then the medical team assisted her breathing with Rapid Sequence Intubation.

At 3.15pm Westpac 1 went to Muiwai where a male patient in his teens was involved in a 4 x 4 ute versus motorbike accident. The patient was the rider of the bike and he was flown to Auckland City Hospital in a critical condition.

Then Westpac 3 was called at 3.55 pm to the first of two kayak accidents. Three people were reported to be in the water at Paremoremo after falling out of their kayak. Coastguard pulled the three persons out of the water and none of them required medical attention.

Crew were then retasked to Kaiaua at 4.14pm to assist with the search and rescue of another three persons in the water from an overturned kayak. Coastguard spotted the group and picked them up from the water. One boy was in a critical condition, a girl was in a serious condition and an adult male was in a moderate condition. Westpac 3 crew transported the girl to Starship Hospital. The Waikato Westpac Rescue Helicopter transported the boy. Crew were then retasked to return and collect the adult male but were stood down as he went to hospital by road ambulance instead. Sadly one of the children has since died.