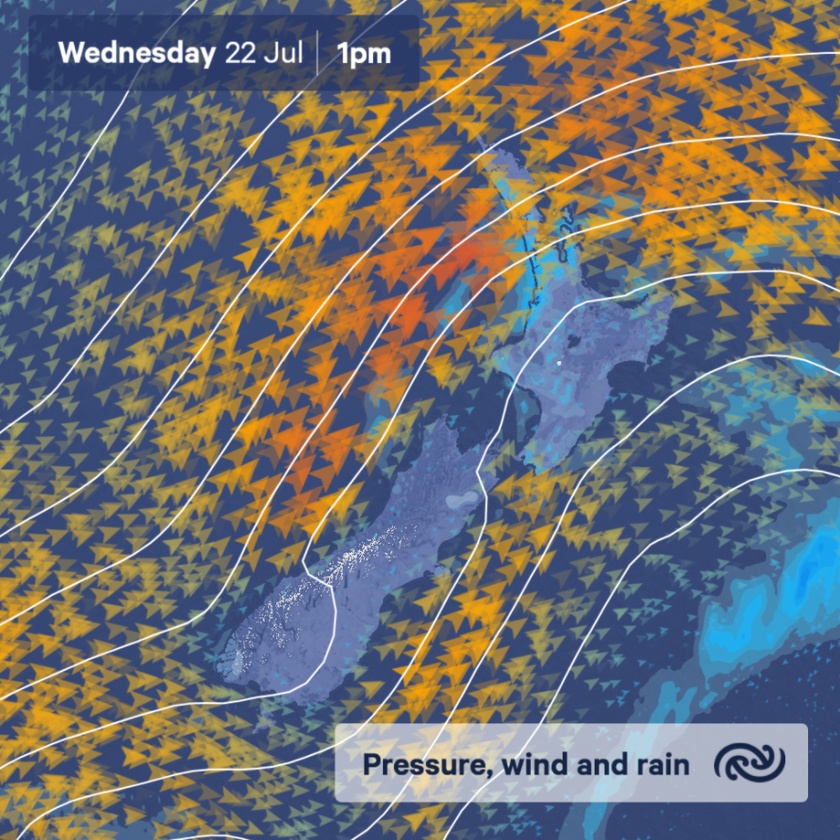 Sodden centres around the North Island can breathe a sigh of relief as MetService forecasts the return of westerlies. Strong southwesterlies, showers, and some southern snow shift the weather focus to the west this week, giving the east and far north a chance to dry out.

An active front moves onto the South Island later today, preceded by heavy rain and northwesterlies. “Heavy Rain Warnings are active for Westland and Fiordland, while a Heavy Rain Watch is in place for Mount Taranaki as the front tracks north on Tuesday,” advises MetService meteorologist Tahlia Crabtree. “There is also a risk of thunderstorms in the unsettled flow behind the front for Westland and much of the North Island,” she adds.

On Wednesday a showery, southwest flow sets up for the remainder of the working week. Strong southwesterlies are expected, possibly reaching gale in exposed western regions including Auckland. Keep an eye on MetService’s Severe Weather Warnings and Watches in the coming days.

Southwesterlies will bring a noticeable cold snap to northern regions, where relatively tropical teen temperatures have recently reigned. Meanwhile, Southland and Otago will trade in frosts and fog for an equally chilly dusting of snow.

Looking ahead, the outlook presents a bright weekend. Crabtree says that, “Most weather will ease as a ridge pushes onto the country later this week. Just in time to hit the slopes.”