News / Weather to swing into spring 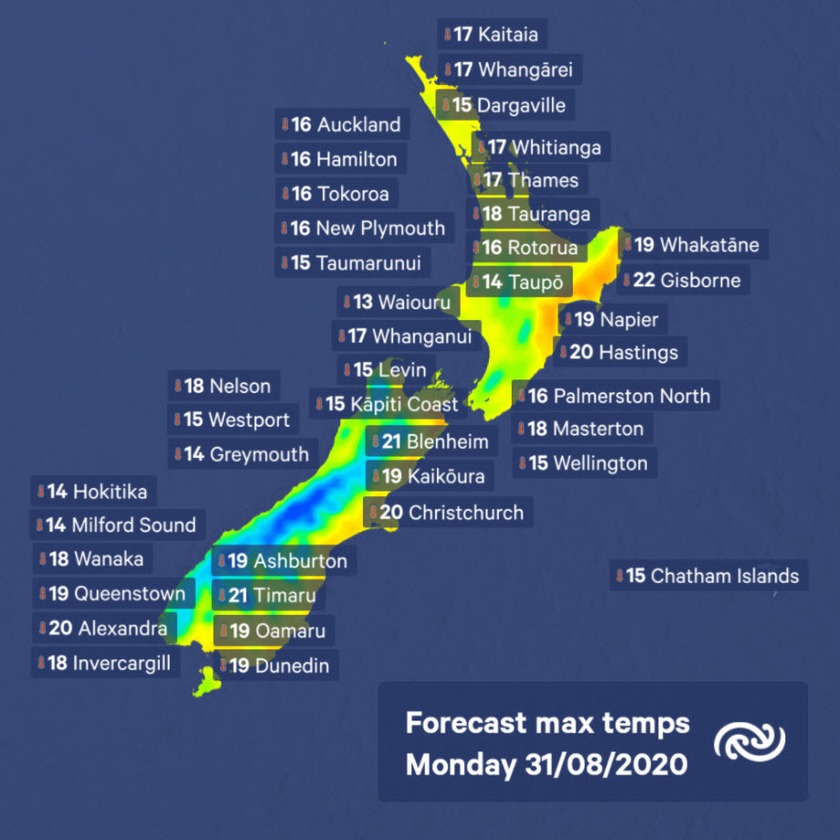 Weather to swing into spring

MetService is forecasting changeable weather for much of the country this week, with bursts of rain or showers, snow to low levels over the South Island, periods of strong to gale force winds, and wildly swinging temperatures likely.

A strong northwesterly flow ahead of a front is expected to bring heavy rain to western parts of the South Island including the Southern Alps today, and severe gales to eastern parts of southern and central New Zealand.

A period of heavy snow is also forecast for inland parts of Canterbury tomorrow, and many South Island roads may be affected by snow. Severe Weather Warnings and Watches have been issued.

Blustery northwesterly winds will push-up temperatures in eastern parts of the country today, with some towns breaking into the twenties.

MetService Meteorologist Peter Little explains, “Gisborne is headed for a high of 22°C today, around 6°C above average for this time of year, while Christchurch and Timaru are aiming for 20°C and 21°C respectively, which is 6°C to 7°C above normal for them.”

The front moves up the South Island on Tuesday and the North Island on Wednesday, followed by colder southerly winds.

This front will bring a period of rain to most places, with snow down to 300 metres over southern New Zealand. Little comments, “While this forecast snowfall will be excellent news for skiers, snow will also likely affect a number of alpine passes and cause stress to new-born lambs.”

The southerly change will also knock daytime temperatures back several degrees. “The forecast high for Gisborne on Thursday is 12°C, which is 10°C cooler than Monday, and it’s a similar story for Christchurch with a high of just 10°C forecast for Wednesday,” adds Little. Morning frosts are also likely about inland parts of both islands once the weather clears and winds ease.

Winds shift back to the northwest by the end of the week, with rain returning to the west of the South Island and daytime temperatures in eastern places rebounding into the high-teens.