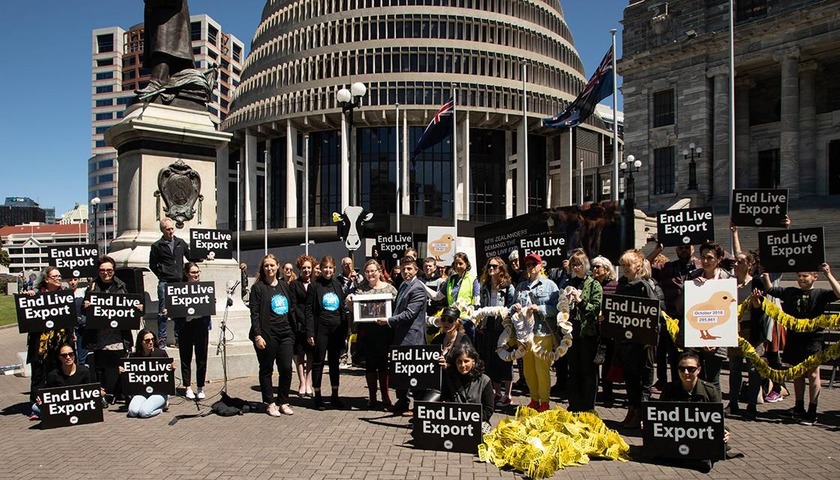 The Ministry for Primary Industries (MPI) has temporarily suspended live cattle exports following the disappearance of a cargo ship that departed Napier on 14 August with 43 people and almost 5,800 cattle on board.

The crew of 43 was made up of 39 people from the Philippines, two from New Zealand, and two from Australia.

Australasian Global Exports, a licensed livestock exporter, chartered the ship which was reported missing as it was bound for China. A distress signal was received from the ship as it was navigating the East China Sea, an area affected by Typhoon Maysak.

One crew member was picked up by the Japan Coast Guard and told rescuers that the ship’s engine failed, and then it was hit by a freak wave before capsizing around 185 kilometres (115 miles) west of Japan’s Amami Oshima Island.

The fate of the rest of the crew and cargo remains unknown. Strong winds and high seas are hampering search and rescue efforts.

The New Zealand Ministry of Foreign Affairs and Trade said they are providing consular assistance to the families of the two New Zealanders aboard.

The incident is being reported worldwide with growing global condemnation of live exports of cattle.

The New Zealand Government began a review into the live export trade last June after hundreds of cattle being exported from New Zealand and Australia died. There is already a ban on exporting live animals for slaughter, however a loophole still allows live animals to be exported for breeding purposes.

Green Party spokesperson on animal welfare Gareth Hughes says the Green Party wants a ban on exporting all live animals, saying that continuing the practice was bad for the animals and that it was damaging the country’s international agriculture brand.

Mr Hughes said: “It’s something I don’t think we should be continuing, we know these animals do suffer with distress aboard the ships with potentially weeks at sea.

“We’re still talking about tens of thousands of animals confined in very small spaces at sea, they can’t understand what’s happening with the risk conditions out there.”

Agriculture Minister Damien O’Connor is expected to release the report from his review of the live export trade after the election.

SAFE Campaigns Manager Marianne Macdonald says the Minister needs to front up with his review now.

The Gulf Livestock 1 has a history of engine problems. During a voyage in July 2019, the livestock vessel drifted for 25 hours whilst undergoing repairs following an engine failure.

“Kiwis are rightfully appalled by the news that 5,867 New Zealand cows have likely drowned at sea. Damien O’Connor is yet to signal where the Government stands on live export and people deserve to know.”

There are currently two other live export shipments in the typhoon affected area, including the Yangtze Harmony which left Port Taranaki on 19 August carrying 5,700 cows. This is the fourth time a typhoon has struck the region this year.

“This is a human and animal welfare disaster. Our thoughts are with the families who are missing their loved ones, but we have to recognise the risk to animals that the live export trade brings.”

Macdonald wants the Minister to publish the report before the election as a matter of urgency.

SAFE delivered a 30,000 signature petition calling for an end to live exports to Parliament last October.

Photo: SAFE - delivering their petition calling for a ban on live exports