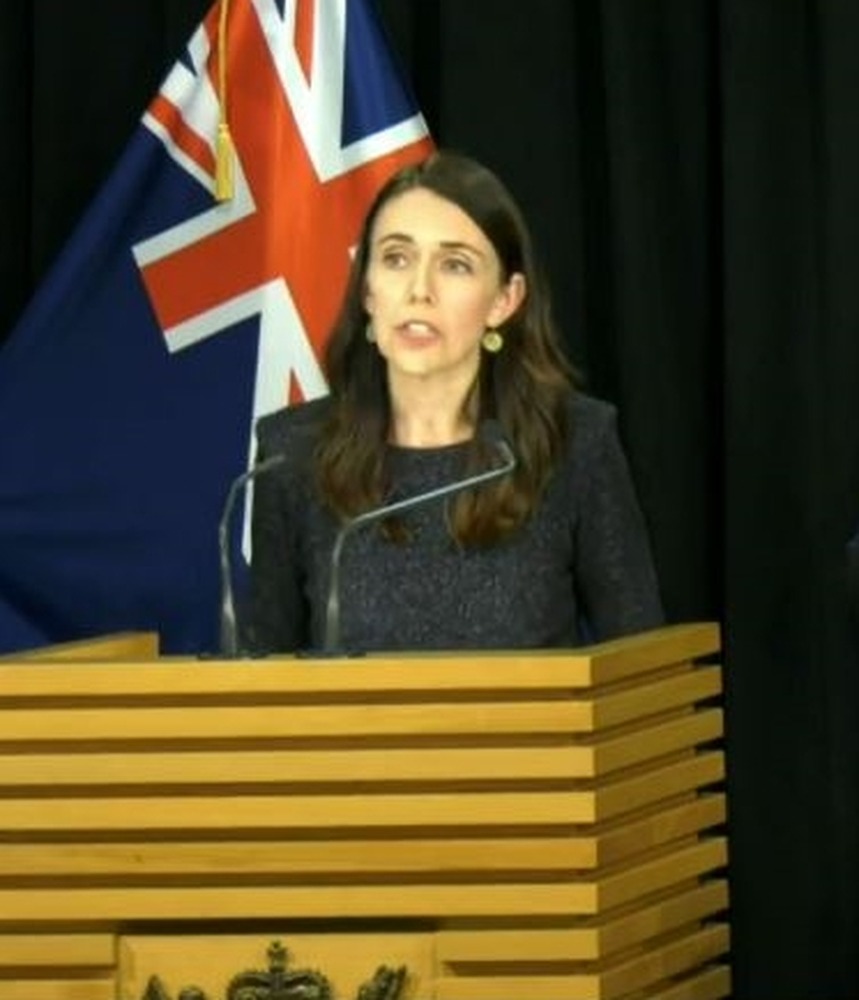 Greeting to you all from Otepoti, Dunedin.

This week is the Māori Language week and the theme again this year is ‘kia kaha te reo Māori’ or ‘let the language live’.

Kei te ako tonu au i te reo Māori – I am still learning te reo Māori, but I encourage everyone to try and use te reo māori this week.

This is a chance to celebrate and use our country’s indigenous language. Kia kaha te reo māori

Cabinet met virtually today to review our progress on stamping out Covid-19 and to decide on the next steps for our alert levels in Auckland and the rest of New Zealand.

I will begin with a brief update on the Auckland Cluster.

It has now been two weeks, one transmission cycle of the virus, since Auckland moved to what we have called Level 2.5.

In that time we have identified a further 36 cases in the community All are associated with the wider Auckland cluster and most were people who had a known link to the cluster and so were already isolated.

Since Auckland moved out of level 3 restrictions two weeks ago widespread testing that is roughly double what it was at Level 1 has occurred. Over 100,000 tests have taken place nationwide that have not shown up any spread of the virus to other parts of New Zealand despite the resumption of inter-regional travel.

However. Within the Auckland cluster is a potential trouble spot.

The new sub cluster that has emerged in the past two weeks related to a bereavement associated with Mt Roskill Evangelical Church. This has led to 15 cases, and while there is no evidence of significant spread outside of the Auckland cluster, this event does raise the possibility that more people have been exposed within what is already our biggest cluster to date.

The last time Cabinet made a decision to move down from level 2 to level 1 we had spent 26 days at level 2, more than two transmission cycles and had gone 17 days without any new cases of Covid-19 in the country. That was to give ourselves confidence that any move back to level 1 would stick.

So far we have spent 14 days at what we are calling 2.5 in Auckland and have had cases in the community continue to emerge every day bar one. While no new community cases is not a measure in and of itself for moving down levels, as we know more cases will emerge from this clusters tail, these cases can continue to pose risks.

New Zealand has followed a plan that has worked. Since the start we have been cautious. This has both saved lives, but also meant our economy has been able to be more open in a more sustained way than nearly any other country in the world. It is a formula that works.

So while our aim is to speedily move down alert levels safely, we also need to be focused on the future, on getting back to Level 1, but in a sustained way and not rushing there only to have to bounce out of it soon after.

Advice put to us today suggests we should be cautious about moving to Level 1 immediately, and that it would be prudent to continue to monitor case numbers for a short while longer.

That’s why, on the advice of the Director-General, Cabinet has decided on a short extension to the current restrictions of Alert Level 2.5 for Auckland, and Level 2 for the rest of the country.

But I do want to signal what the likely next decisions are.

For Auckland, Cabinet will review the current ‘Level 2.5’ settings at our meeting on Monday 21st of September, with a view to increase gathering limits for Auckland if we are in a similar position with containing the cluster. If that change was agreed, this would come into effect on Wednesday 23rd of September.

And for the rest of the country, while we will retain the status quo for now, Cabinet has agreed in principle that at 11.59pm on Monday the 21st September, the rest of New Zealand will move to Alert Level 1.

This is contingent on cases tracking as they are, and maintaining the containment we have seen. The move will be confirmed on Monday when Cabinet meets again.

I know some may have questions as to why the rest of the country hasn’t moved to level 1 just yet.

Modelling done for the Ministry of Health continues to suggest around a 25 percent chance of cases moving outside of the Auckland region. So while the cases are currently in Auckland, with inter-regional travel open there remains a risk of spreading the virus to the rest of the country.

As I said we haven’t had many days without new cases appearing in Auckland and it only requires one person travelling and attending a super-spreader event somewhere else in the country and we could be looking at further restrictions everywhere. So the level 2 precautions we have in place continue to act as a safety barrier for flair ups in the rest of New Zealand.

On the issue of travel I can also announce today a change of physical distancing restrictions on planes and public transport.

As a result of the extra measures we have in place at Level 2 in Auckland, and in particular the good uptake of our requirement that people wear a mask on public transport, today I can confirm that we will ease physical distancing requirements on planes and public transport.

So from today, public transport operators including airlines, buses and trains do not need to maintain any seating restrictions or passenger capacity limits at Level 2.

Mask use will continue to be compulsory, and has been key in the recommendation by the Director General that this change is safe to occur.

I know this change will make a real difference to Air New Zealand and those parts of the country seeking increased numbers of visitors, and the change made demonstrates the willingness on the Government’s behalf to constantly review our settings, with everyone’s health at the top of our minds.

On opening up our economy, new data points to good increases in economic activity since the start of level 2.5 in Auckland. Payment and traffic data in Treasury’s latest Weekly Economic Update showed economic activity across the Auckland region and the country bounced back to levels experienced under Alert Level 1, following Auckland’s move out of Level 3.

This shows that as a country we’ve got better at adapting to shopping local and logistics and keeping our economy moving, ultimately outperforming countries that decided against an elimination strategy. It is further proof that the plan works and that the best approach to a healthy economy is getting the virus under control.

This is a global pandemic and the global economic outlook is weak – but continuing our elimination strategy based on strong and well-targeted public health measures allows economic activity in New Zealand to resume sooner than would otherwise be the case – and sooner than many other countries around the world. The counter of this is also true – in that late restrictions or those lifted too early have allowed the exponential spread of the virus and led to more sever lockdowns that restrict economic activity longer.

So, our plan is working, but it needs just a little more time. Like last time when we moved from level 2 to level 1 with caution we experienced a strong bounce back in economic activity which is what we are seeking again. Protecting our current gains, expanding on them and keeping people safe from the virus remains the best long term strategy for the country.

You only need to look off our shores to see the alternative.

As we see major second waves globally ours has been relatively small and contained. The guidelines everyone has followed have kept us safe, saved lives, and helped us get the economy moving quicker than most other countries around the world – we played the short game well because we had our eye on the future – on our lives back at Level 1 and making the most of the global opportunities that would create.

We need to keep our eyes on that prize and take the actions to match so we can get to Level 1 again. And we will.