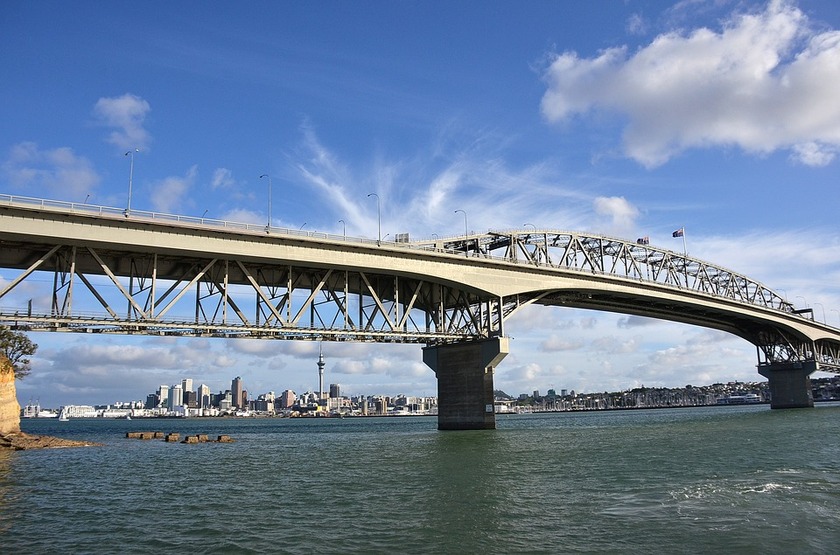 Waka Kotahi NZ Transport Agency has advised motorists that there will be significant reduction in the capacity of the Auckland Harbour Bridge for several days and potentially up to several weeks after damage to the bridge superstructure this morning.

A southbound truck carrying a shipping container was blown sideways by sudden wind gusts up to 127 kph just after 11AM and hit the bridge superstructure. The truck righted itself and carried on.

“The truck striking the bridge has damaged the superstructure, with a steel upright sheared off,” says Waka Kotahi Senior Journey Manager, Neil Walker.

“Our first assessment of the structural damage is that a permanent fix will be a long term process and the four lanes across the centre span of the bridge will remain closed to traffic for at least several days and potentially weeks.”

“Congestion on the road network is inevitable as we assess the damage and the necessary repairs. Waka Kotahi recommends customers consider working from home and if they do need to travel into and out of the CBD they consider alternative travel options, such as taking public transport, including the Northern Busway which is not affected,” says Neil Walker.

If you do need to travel motorists are urged to use the Western Ring Route (SH20, SH16 and SH18) around the harbour. The Western Ring Route has been carefully planned and constructed to be used as an alternative to the Harbour Bridge, especially for trucks and heavy vehicles.

“We are looking at whether we can make a temporary repair, but we won’t know if it’s possible until we investigate further over the weekend. While part of the bridge structure has been damaged, we have no concerns about its overall integrity and safety.”

On average, more than 170,000 vehicles cross the Auckland Harbour Bridge on weekdays, with the configuration of the eight lanes changed four times a day to adjust to peak time traffic flows. With the four centre span lanes closed and only the clips ons open, there will be just two lanes in each direction.

The north and southbound clip on lanes are safe to use as they have their own supporting structure. The clip ons remain open today, but traffic is backed up and long delays are expected.