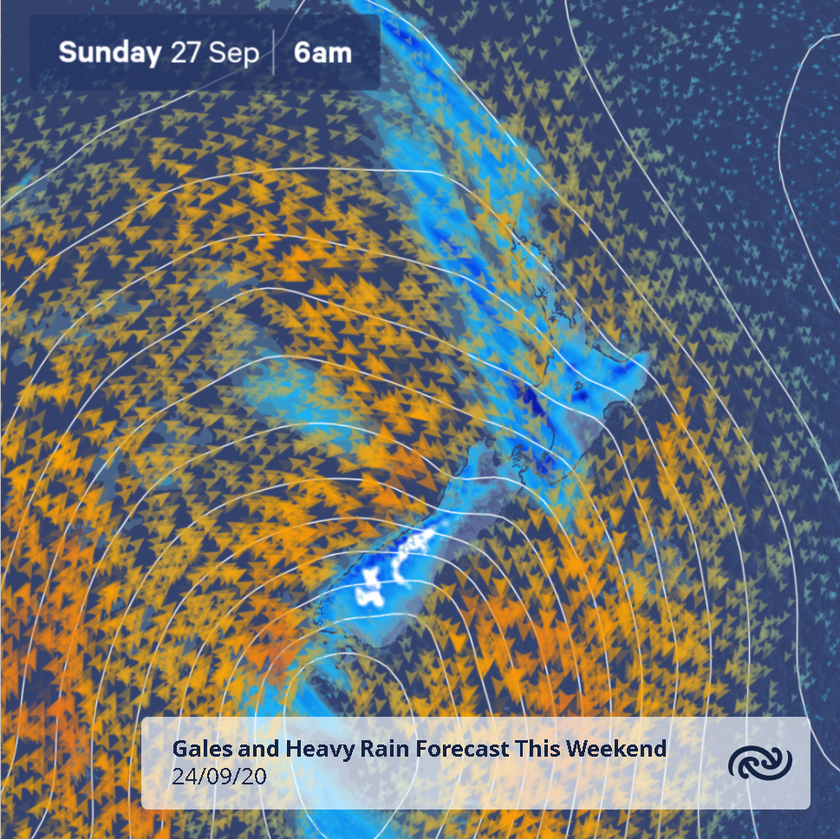 Disrupted travel and severe weather to start the school holidays

MetService is forecasting heavy rain, strong winds and big waves to impact the nation this weekend, just as the school holidays kick off. Transport disruptions are likely, along with challenging conditions for livestock in the South Island early next week as heavy snow falls to low levels.

This bout of severe weather that befalls the country comes hot on the heels of the front that brought strong winds and rain on Tuesday/Wednesday this week, with rain warnings continuing today for the central North Island. That front clears on Friday, but an atmospheric setup on Saturday has MetService meteorologists poring over their pressure-charts in anticipation of one of the most widespread severe weather events this year.

MetService meteorologist Tom Adams explains, “A low pressure system heads our way across the Tasman Sea on Saturday, dragging warm air ahead of it. A strong jet stream deepens this low, which brushes past the far south early Sunday morning. That low is expected to be around 970hPa when it passes us, the deepest low in our neck of the woods for a long time.”

“The warm air will bring widespread rain to the country, but it is the resulting pressure gradient that will bring gales to many parts of the country, including areas that don’t often see strong wind.”

“Although the rain will be heavy in several locations, especially along the west of the South Island, the wind has the greatest risk of causing widespread disruption this weekend. Saturday morning will be a good time to prepare for windy weather – the public are advised to secure their properties and boaties should check moorings before strong winds arrive.”

The low is fast moving, and the band of rain will be short-lived for many northern and eastern locations. The winds also start easing on Monday, but the sting in the tail is cold Antarctic air dragged up to New Zealand behind the low. This will bring snow to low levels in the far south, and most Alpine Passes are expected to see snow. Even for the North Island we are currently forecasting a spring top-up for Ruapehu, and the possibility of snow on Desert Road. Additionally, a surge of southerly swell brings the risk of coastal inundation to coastal areas on both sides of the country.

Tom Adams reiterates “There will be Strong Wind and Heavy Rain Watches/Warnings issued on Friday for this event, with Heavy Snow Watches/Warnings likely to follow. With widespread impacts likely over the weekend and into early next week.