News / Godwits winging it home to Pūkorokoro Miranda from Alaska 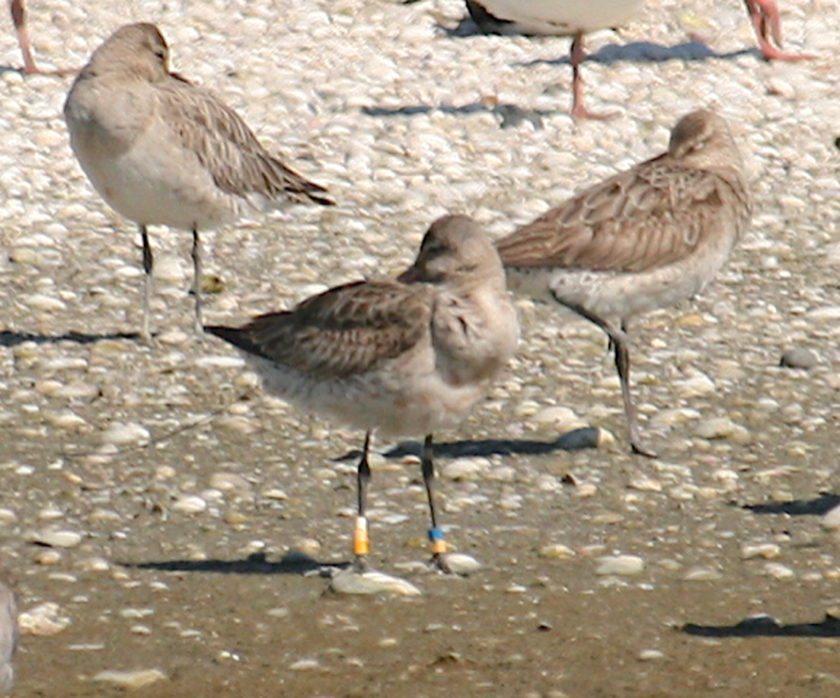 Godwits winging it home to Pūkorokoro Miranda from Alaska

Right now, as a result of scientific innovation and international collaboration in a divided world, a dramatic event is unfolding in the Pacific.

This is a story worth telling but so far only those in the know can watch it unfold.

Through modern technology and global co-operation Miranda Shorebird Centre has a grandstand seat as one of the most dramatic events in the natural world unfolds. The drama will continue over the next few days. Bar-tailed godwit are on their way home to Pūkorokoro Miranda in the Firth of Thames from Alaska.

Earlier this year, amid the Covid-19 home detention for many of us,16 Bar-tailed Godwits with satellite transmitters set forth into the big blue yonder on their epic flights to Asia and on to Alaska.

Miranda Shorebord Centre waited patiently for the 10 who still had working transmitters to depart from Alaska on what is now well known to be the longest nonstop powered flight migration of any land bird as they set out to cross the vast and, to us almost featureless, Pacific. We admire the feats of early Polynesian seafarers as they criss-crossed the Pacific but the godwit is a far more extraordinary navigator. Using goodness knows how many senses and cues they fly more than 11,000 km to Aotearoa each year. Some are pushed off course by unhelpful winds but most re-orientate themselves and make it back to NZ and usually to the very spot they left from.

A perfect example being godwit tagged 4BWWY as we watched her being pushed towards New Caledonia and them Australia. Then at a point 150km south of New Caledonia she made a left turn and flew almost directly towards Cape Reinga and then within sight of land she flew out to sea down the west coast of Northland turned into the Kaipara harbour where she could have stopped but turned again and flew over Auckland and back the shellbanks of Pūkorokoro Miranda, landing at 22:00 on Monday 21st September. 11,600km in about 230 hours non-stop! Now that is navigation par excellence!

Meanwhile back in the Pacific, five more birds are making their way south and four seem to be heading towards New Caledonia. Will they land or continue home? We are nervously waiting for the next chapter.

This satellite tagging project, coming 12 years after the last one is very timely and the interest shown by the general public has been wonderful. Hopefully many more people will get a better appreciation for what is happening in the natural world. There is still so much more to learn about godwits and with the dedicated team of paid and unpaid scientists (we should not always think of the unpaid as amateurs), hopefully we will come to understand what these amazing birds need and do our best to see that they flourish, for to loose these dull mudflat coloured but extraordinary birds would indeed be a great tragedy.