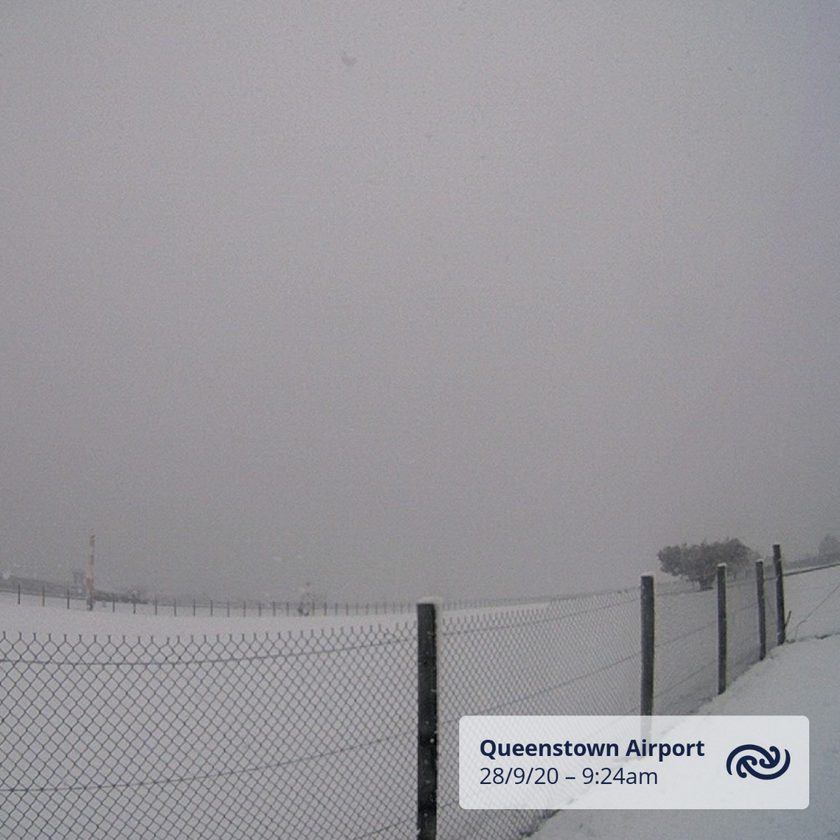 The severe weather continues, with MetService forecasting an unseasonably cold start to the week as several cold fronts, followed by an influx of frigid air, continue to bring snow to many parts of the country.

Cold air pulled in from the Antarctic makes its way up New Zealand today (Monday) and Tuesday, with sustained snowfalls for the lower South Island, and many Severe Weather Watches and Warnings in place.

MetService meteorologist Mmathapelo Makgabutlane elaborates:
“Heavy Snow is likely today in the far south and remains a possibility into tomorrow for the lower South Island”.

Snowfalls spread up the rest of the island in southwesterlies throughout today, affecting high-level roads and major mountain passes, so it’s important to keep this in mind for those travelling for the start of the school holidays.

Those planning ski trips, however, will be smiling all the way at this fresh dump of snow.This icy blast of Antarctic air leads to a fall in temperatures across the country over the coming days.

“By Tuesday, daytime temperatures in the far south just crack the mid-single digits. Gore and Invercargill see their lowest maximum temperatures since July at 3°C and 4°C respectively,” Makgabutlane detailed.

Temperatures further north are also looking to be particularly cold for this time of year, with Gisborne and Napier only going up to 14°C.

Marine areas are not spared, as large southerly swells build today and hold across the South Island tomorrow.

Mid-week ushers in a break in the weather as a ridge of high pressure sets itself up over the country. Although things remain on the nippy side, sunny skies and longer days make the outdoors an inviting prospect on Wednesday and Thursday.