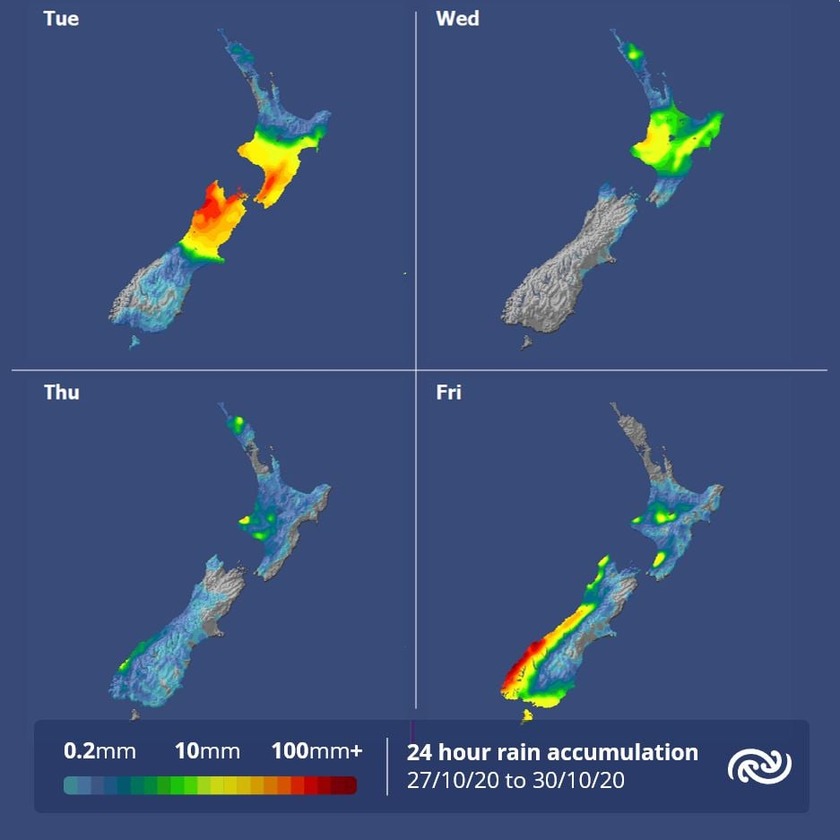 MetService is forecasting the cold front (that caused Christchurch’s 2pm temperature to drop from 28C to 12C from Sunday to Monday) to stall over the Central North Island, and as it does northern regions are in for another run of humid days this week.

MetService meteorologist April Clark says, “The front currently bringing rain to the lower North Island and upper South Island weakens as it moves north and eventually stalls over the central north Island tomorrow (Wednesday). A ridge of high pressure and more settled weather takes hold over the country from midweek.”

“Auckland and Northland escape widespread rain, but it does mean that the sticky nights will remain for those areas,” Clark continued.

As a ridge builds over the country during the next couple days the South Island and lower North Island is forecast to receive plenty of sun. The drier air south of the front means any areas of cloud in the morning should burn off by afternoon. Cloudier conditions and scattered showers will prevail for regions north of the central plateau where the more humid air lingers.

The next weather feature is set to affect the South Island on Friday, bringing rain to western and southern regions and strong northwesterlies and warm temperatures in the east.