Local Police have had another busy week. We were unable to get the timing right for Senior Community Constable Harley North to come into the Gold FM studio to talk about his report which is provided below. If you know anything about the stolen motorbike (like the one pictured below) please contact Police.

Tuesday 20 October
A vehicle fled from police at Gilmour Street, Waihi and a brief pursuit around the area followed. The offender managed to evade apprehension and police are making enquiries to identify the driver.

Thursday 22 October
A Whiritoa man was arrested for threatening behaviour after he presented a knife at a person during a heated altercation at the community tennis court.

A red coloured 2019 Honda CRF 50cc motorcycle was stolen from a residential address at Boundary Road. Police are seeking information from the community (refer photograph). 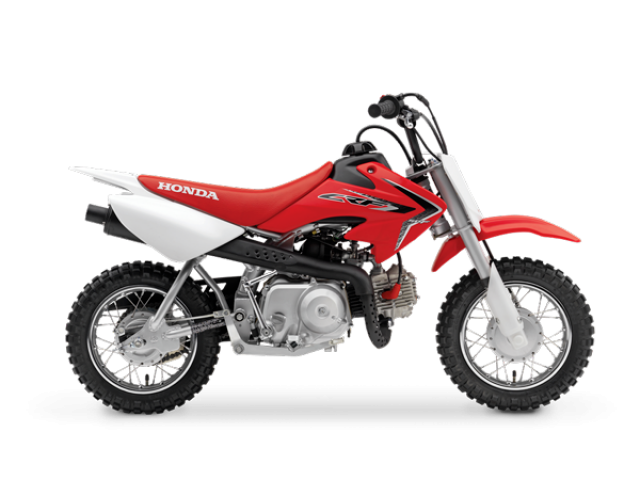 Friday 23 October
A Waihi man and woman were served with a trespass notice after an altercation at a Islington Terrace address. They were allegedly at the address looking for a man they believe had stolen from them.

A Waihi man got angry with police stating they are wrecking his life when he was served with a demerit point suspension notice after accumulating over 100 demerit points within two years. Apparently it had nothing to do with his abysmal driving record.

A Thames man was arrested at a Beach Road address and given a formal warning for threatening behaviour after he threatened to burn a property down with a person inside.

Saturday 24 October
A Waihi man was detained for detox at a Mackay Street address after police were called to a family harm incident. He was kept in custody for a short time to sober up and alternative accommodation was found for the night. He was also served with two day police safety order.

A Whangamata youth was struck by a ute at Harry Watt Drive. He was transported by helicopter to Waikato Hospital with a suspected head injury, broken hip and shoulder. Police are investigating the cause of the crash.

Police dealt with neighbours warring at George Street. One party allegedly abused the other and the other who allegedly fired back calling the other a loser and threatened to kill her cat. Police issued a warning for breach of the peace.

Police were kept busy at Waihi Beach Hotel during the evening after a few fights broke out. A local man got into a fight with a group and when he tried to leave they followed him and one of the group kicked his car. Another fight broke out between two DJ’s who were performing and a group of approximately 30 patrons got kicked out of the hotel then started fighting at Wilson Road. Young’s girls were found passed out intoxicated on the street and a police officer was assaulted during the altercation.

Crime Prevention Advice
Neighbourhood Support NZ has a newly appointed town co-ordinator for the Waihi area who can help community members set up a group on their street and provide signage, stickers and crime prevention advice for homes. You can contact the Waihi area co-ordinator by email at nsnz.waihi@gmail.com and they will get you started. Setting up a neighbourhood support group on your street is a great way of deterring and preventing crime and is fully supported by Police. For more information check out the Neighbourhood Support NZ website at www.neighbourhoodsupport.co.nz