News / A mixed bag of spring weather this week 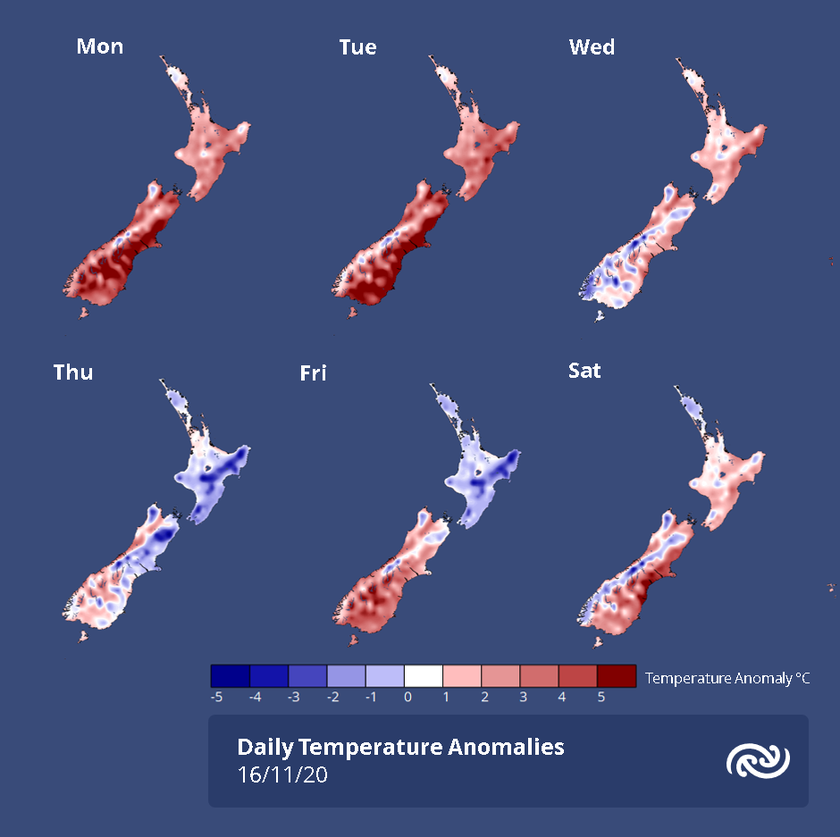 A mixed bag of spring weather this week

Spring is a changeable season, and there’s a lot going on in MetService’s forecasts keeping track of this week’s twists and turns. Thunderstorms, settled weather, hot temperatures, cool southerlies, storm force winds, calm spells, foggy mornings, drizzle, heavy rain and cloud-free skies all add to the mix of weather for the coming week in Aotearoa.

The first of the main players in the weather is humid air at the start of the week that brings warm temperatures, foggy mornings in the usual spots (think Waikato), and even a moderate chance of some thunderstorms this afternoon for the Central North Island and parts of Wairarapa and Hawkes Bay.

Secondly, a tropical low sinks south east of New Zealand. While this won’t directly impact the country, it does block the flow of our prevailing westerlies and has the effect of prolonging certain aspects of the weather. Initially it encourages the humid air to hang around, but once a front sweeps through New Zealand on Wednesday and changes our airmass from warm to cool, the subsequent southerlies persist through to the weekend taking several degrees out of our temperatures.

The third protagonist of our meteorological menagerie is a low that is heading swiftly past the far south on Tuesday. Its fast movement limits any widespread impacts, but Severe Weather Warnings issued for Tuesday still detail heavy rain on the West Coast and strong winds in the south.

Meteorologist Tom Adams explains “With so much going on weather-wise there certainly will be a few problem areas, but overall the week will bring several good days too. Exactly which days these will be depends on where you are, so all the more reason to stay in touch with the latest forecasts.”