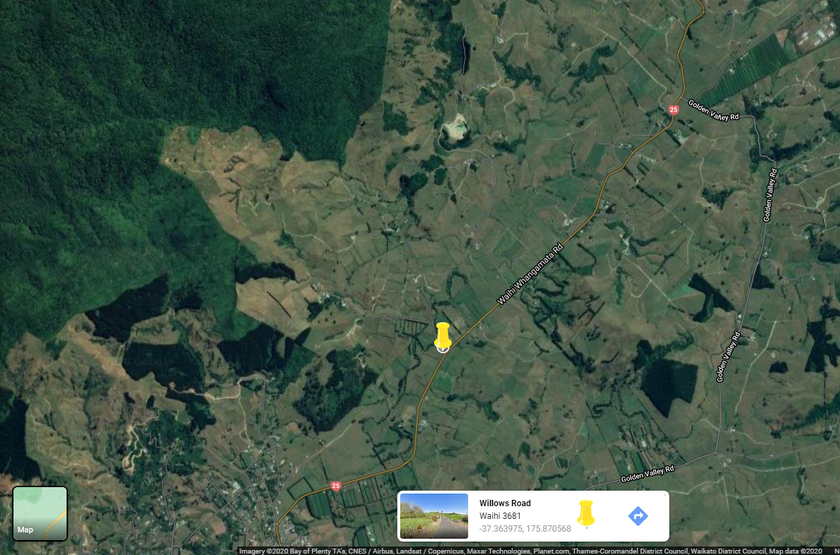 OceanaGold Waihi has published a document on their Waihi website dated October 2020 outlining their proposal to construct a 6.8 km exploration tunnel from land near Willows Road Waihi, to the Wharekirauponga ‘resource’. (The mining company has not officially announced anything about the tunnel project)

The document is a 12 page information booklet describing aspects of the tunnel proposal and the infrastructure that would need to be constructed for the project.

OceanaGold says the 6.8km tunnel is for exploration purposes only as they will not be applying for a consent to mine the‘Wharekirauponga resource’ as part of this project.

There are several components to the Wharekirauponga Exploration Tunnel Project :

A 6.8 km single lane tunnel that extends from a portal on farmland at the end of Willows Road Waihi, to the base of the Wharekirauponga resource. (OceanaGold says this is one of a number of options they are currently proposing)

Five ventilation raises or vents with a 5m x 5m surface footprint for air circulation and to provide an emergency exit from the tunnel. (One of these large vents has been installed on Union Hill and is the source of ‘smoke’ regularly reported to the Waihi Fire & Rescue Service during winter)

A sealed private road from the western end of Willows Road.

A haul road from a portal that connects to a workshop and a wash pad.

Power and communications installed via a trench.

An office and changing rooms, modular, temporary style buildings with an approximate footprint of 250 square metres.

A sediment pond to collect contact water to be pumped back to the existing Waihi Water Treatment Plant.

An explosives magazine for explosives storage to be securely fenced, locked and access controlled.

Other service infrastructure include a temporary ventilation fan, water storage tank, transformers, lighting and a safety tag board.

planning is ongoing and more in-depth details of what is proposed will be made available as these are finalised.

Gold FM has been hearing murmurs in the community and has noticed, along with others, a change in the way information is being shared by the mining company compared to previous large projects.

We contacted Senior Communications Advisor Kit Wilson to ask about our regular two weekly Q & A which hasn’t occurred for some weeks now and asked about anything big coming up and the reply was “nothing to talk about.”

We also asked some Waihi Councillors what they knew about the Wharekirauponga Tunnel Project and they said until very recently, nothing. They had received a forwarded email earlier this week that came from council staff which provided a link to the document outlining the Wahrekirauponga Tunnel Project on OceanaGold’s Waihi website, but nothing further had been discussed in any workshops or public meetings they have attended or been invited to at Hauraki District Council. They didn’t know whether Council staff, the Mayor or other councillors have been privy to more information or involved in discussions or correspondence with OceanaGold about the Wharekirauponga Tunnel Project.

OceanaGold also signalled their intention to apply for consents for Project Quattro earlier this year.

The Martha Open Pit Phase 5 - An expansion of the existing Martha pit.

The Gladstone Open Pit - A new pit to the west of the OceanaGold Waihi Processing Plant.

Tailings Storage - Increasing tailings storage capacity by constructing a new tailings storage facility (TSF3) immediately east of the current facilities. Raising the crest on TSF1A and investigating additional storage options that may include disposal of tailings within the Gladstone open pit.

Project Quattro is a very large complex proposal that will include local road alignments and road stoppages, relocation of Waihi features like the historic Cornish Pumphouse and other buildings, and the removal of residential houses.