News / Loyalty to her local supermarket pays off! 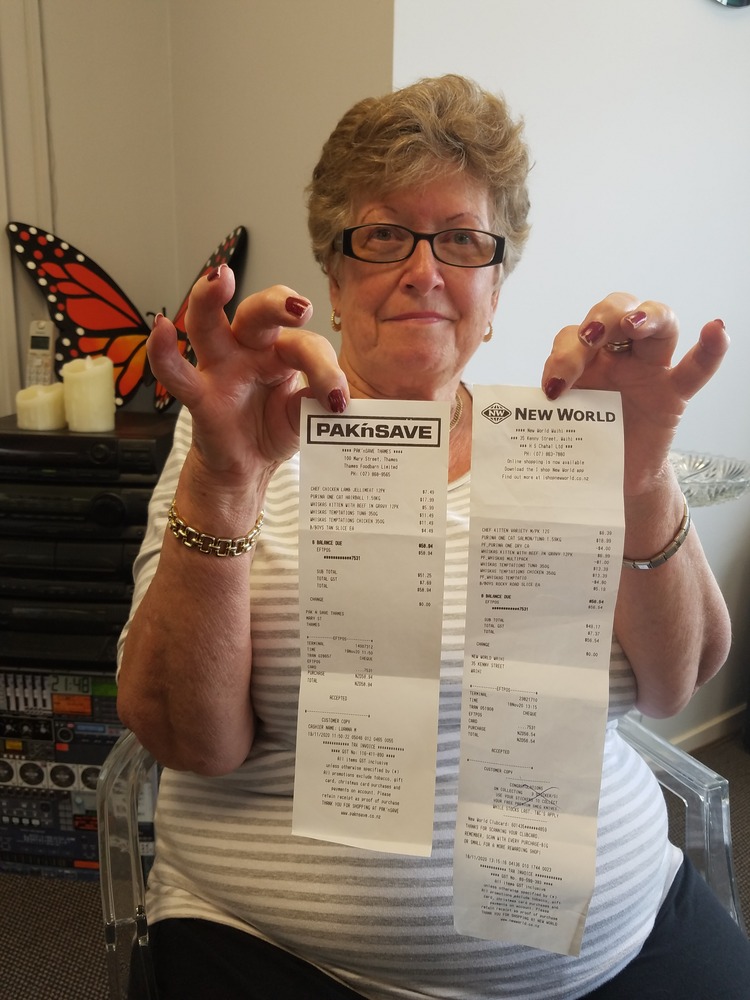 Loyalty to her local supermarket pays off!

You’d have to have been hiding under a rock to have missed the TV ads that tout New Zealand’s lowest food prices. The cheeky stick man extols the price difference and reminds you the lowest food prices can be found at Pak n Save.

Waihi Ward Councillor Sara Howell decided to conduct her own ‘market study’ to compare prices on common items she regularly buys from her local supermarket, New World Waihi, when she heard the government has launched a market study to ensure New Zealanders are paying a fair price for groceries.

Because she was going to be in Thames Sara decided to buy 6 items from New World Waihi before she went to Thames where she would repeat the purchase at Pak n Save.

Sara assumed that the lower prices Pak n Save advertises would make her 6 items purchased there cheaper than the same six items purchased at New World Waihi and was interested in finding out how much cheaper they would be.

Sara had her Waihi New World receipt and when everything was totaled up and double checked New World won the price saving test.

What it showed was that the New World loyalty card is worth using as it made the difference.