News / Please Leave Your Inflatable Flamingo At The Pool 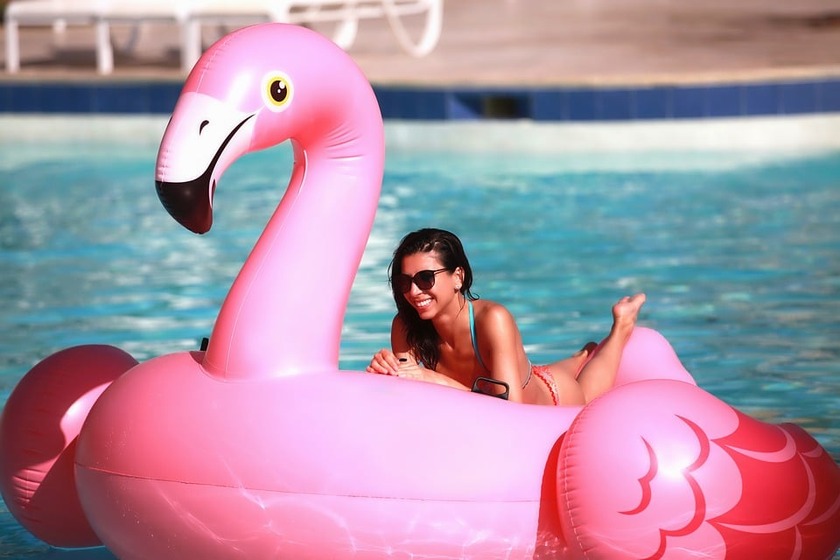 Please Leave Your Inflatable Flamingo At The Pool

The weather is heating up and, for those of us still on holiday, now is the perfect time to test out those water activity gifts that Santa left under the tree.

However, despite how fun it might seem to take your new inflatable pineapple to the beach, Surf Life Saving New Zealand (SLSNZ) is urging Kiwis to remember that pool toys are not beach toys.

“Inflatable pool toys aren’t designed for the ocean; they’re lightweight and difficult to propel, meaning they can quickly be blown out to sea by an off-shore breeze,” says SLSNZ Chief Executive, Paul Dalton.

Foxton SLSC Volunteer Surf Lifeguard, Callum McKenzie, says he’s noticed an increase in the number of people taking pool toys to Foxton Beach in the Horowhenua District over the past few years.

“Typically it’s kids who are on the inflatables while their parents are back on the beach,” he says.

“The parents think the kids are fine because they’re in shallow water, but then the wind changes direction and suddenly they’re 100m off the shore.”

Last weekend, McKenzie and his fellow volunteer Surf Lifeguards took an IRB (inflatable rescue boat) out to a pair of teenagers riding an inflatable flamingo, concerned that the young people were too far out of their depth.

“We got to them and asked if they were OK. Initially they said they were fine, but then they turned around and realised how far out they’d been blown. They were quite shocked. We ended up taking them back to shore,” says McKenzie.

Dalton says volunteer Surf Lifeguards like Callum McKenzie are “water people” and know how joyful and refreshing a day at the beach can be.

“All we want is for Kiwis to have fun and enjoy the beach safely this summer. Our Surf Lifeguards conduct hundreds of rescues every year and we’re acutely aware of what can go wrong when people ignore safety advice.”

Last August, a video of a 3-year-old girl being rescued by a ferry boat in Greece went viral. The inflatable unicorn the toddler was riding was carried away by the wind and current before her parents could reach her, and the ferry picked her up nearly a kilometre off-shore.