News / Active front to usher in a cool change this week 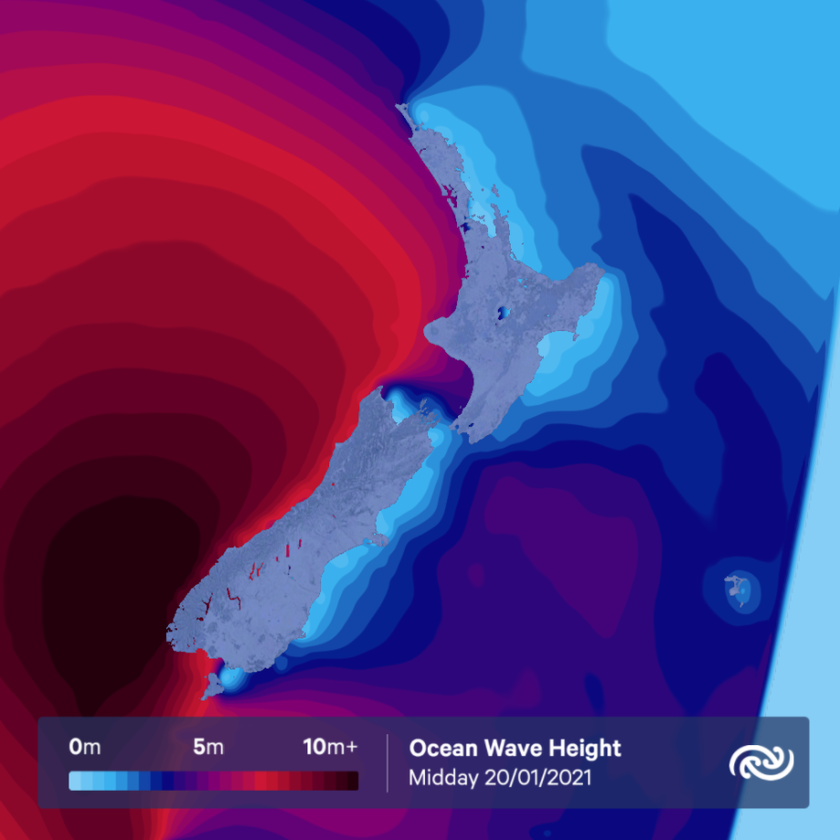 Active front to usher in a cool change this week

MetService is forecasting an active front to sweep across Aotearoa this week, bringing heavy rain to western parts of southern and central New Zealand and strong northwest winds to many places. The front is followed by a change to showery southwesterlies, with temperatures forecast to plummet across much of the country, and large waves predicted to affect southern and western coastlines.

An unstable northwesterly flow brings showers to southern and western parts of the country today, with a moderate risk of thunderstorms for the west of the South Island, plus parts of Southland and Otago. Strong to gale force northwest winds continue to blow across central New Zealand, once again pushing temperatures into the mid to high twenties about eastern areas.

An active front embedded in the northwest flow moves over southern and central New Zealand on Tuesday, bringing another burst of heavy rain and thunderstorms to southern and western regions. Strong northwest winds are also likely ahead of the front, with severe gales forecast for some areas. Severe Weather Warnings and Watches have been issued for both heavy rain and strong winds. The front weakens as it moves over northern New Zealand on Wednesday morning, and will likely deliver only a few millimetres to most places from Waikato northwards.

The front is followed by a showery southwesterly flow, with unseasonably cold temperatures forecast across much of the country on Wednesday.

MetService Meteorologist Peter Little says, “On Sunday afternoon a maximum temperature of 30.5°C was recorded in Napier, making it the hottest place on our network, while farther south Dunedin wasn’t far behind with 28.9°C. After the impending cool change Dunedin is expected to reach a high of just 17°C on Wednesday, while Queenstown’s forecast high of 14°C on both Tuesday and Wednesday is 8.5°C below average for this time of year. The cool change is also predicted to dump snow on the Southern Alps, with snow forecast to lower to 1000 metres for a time over Fiordland.”

A prolonged period of strong southwest winds over the Southern Ocean is also expected to produce swell waves of 6 to 8 metres about southern and western coastlines of both islands from Tuesday to Thursday.

Little explains, “When these swells are combined with strong southwest winds, waves heights reaching 10 metres are likely about the southwest of the South Island. In addition to the large size of the swell waves, the long period of 16 to 18 seconds between them means the swells will contain a lot of energy and have the potential to cause coastal erosion. “Anyone planning on being on or near the water in the coming days should be cautious and be sure to check the marine forecast.”

The cool southwesterly flow eases on Thursday and Friday as a ridge of high pressure moves onto the country from the Tasman Sea. “This brings fine weather to most places by the end of the week, and allows temperatures to rebound to near normal,” added Little.