News / What does MPI do with all the seafood taken off people breaking the rules? 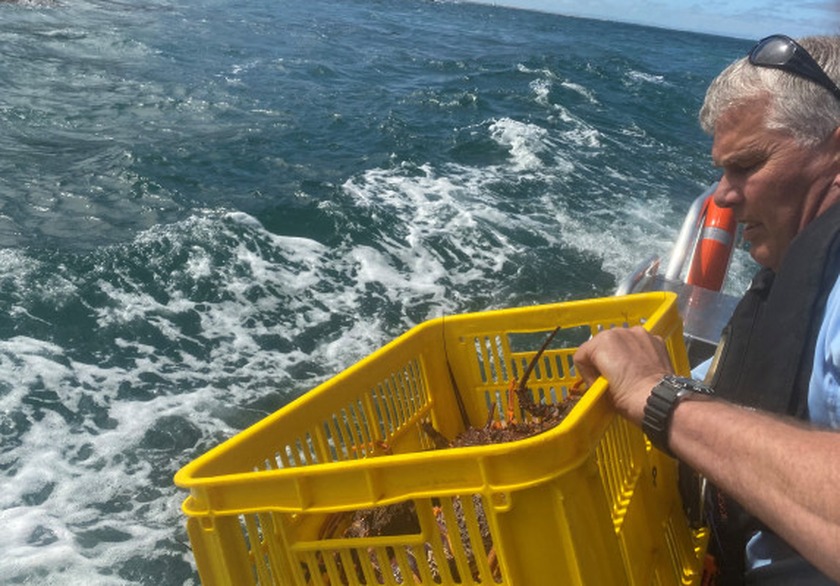 What does MPI do with all the seafood taken off people breaking the rules?

Dozens of shellfish and pāua sprawled out on tarpaulin. Hundreds of crayfish lined up neatly alongside fish. It sounds like a rustic fish market, but it’s not. Instead, it’s illegally gathered seafood seized by the Ministry for Primary Industries (MPI).

Following 4 very recent interventions, officers were able to put almost 3,000 cockles and 156 undersized pāua back into the sea after several groups of people were caught with the hauls, claiming to be unaware of a beach closure and regional and quantity limits on shellfish gathering.

While smaller-scale offences are often dealt with through education, bigger offences often lead to infringements and prosecutions. As a consequence the illegally harvested seafood becomes evidence for any subsequent proceedings such as court cases.

“Of course the court does not appreciate us showing up with a bag of wet, smelly, mouldy 2-month-old pāua, so the next best thing for our officers to do is to lay out any kaimoana as quickly as possible, take photos to show the court, then put everything back in the ocean if it has a high chance of surviving. Usually shellfish and rock lobster will recover if the time out of the water is kept to a minimum,” says Steve Ham, national manager fisheries compliance at MPI.

“If the kaimoana is dead or damaged, we can’t just throw it back in, as it could wash up on the shoreline, so we will take it back to our offices where it is measured, weighed, tagged, and photographed.

“It’s then frozen and kept till the court case is over.”

So, what happens then to the seafood we confiscate, where does it all go?

A question that inevitably comes up is why MPI doesn’t donate the seized kaimoana to charity or people in need.

“Sadly, it is just too dangerous to redistribute it or give it away – no matter how nice of an idea it seems.

“We have no idea how it’s been caught, how long it’s been in the sun, and whether it’s been collected or stored in a clean and hygienic way. Seafood that has not been handled correctly could pose a significant health risk.

“We could make people really sick, so that’s why we can’t donate it,” Mr Ham says.

“We have freezers at our fisheries offices around the country, so every so often we take the confiscated fish and seafood and return it back into the marine ecosystem. This enables this illegally harvested seafood to enter the food chain in a controlled manner.”

This means it is well documented where the illegally harvested seafood has been released and how much was put back into the sea, and as a result we don’t overwhelm the ecosystem.

There are minimum size and daily catch limits for all fish and shellfish, including cockles, kina, pāua, green-lipped mussels, oysters, pipi, scallops, toheroa, and tuatua.

There are also regionally specific limits, closures, and area restrictions in New Zealand, which are outlined on the MPI website. There is also the NZ Fishing Rules app.

“It’s not just up to our officers to protect our shores, it’s up to everyone to get familiar with the rules and follow them.

“The alternative is a dire situation where our rocks and seas are left barren and future generations do not get to experience the gratification of hunting and gathering a delicious meal for friends and whānau or experience the beauty of New Zealand’s marine life,” Mr Ham says.

If you become aware of any suspicious fishing activity, call 0800 4 POACHER or email ncc@mpi.govt.nz

Before you go fishing or gathering seafood, brush up on the rules.

Illegal crayfish that will go back into the sea