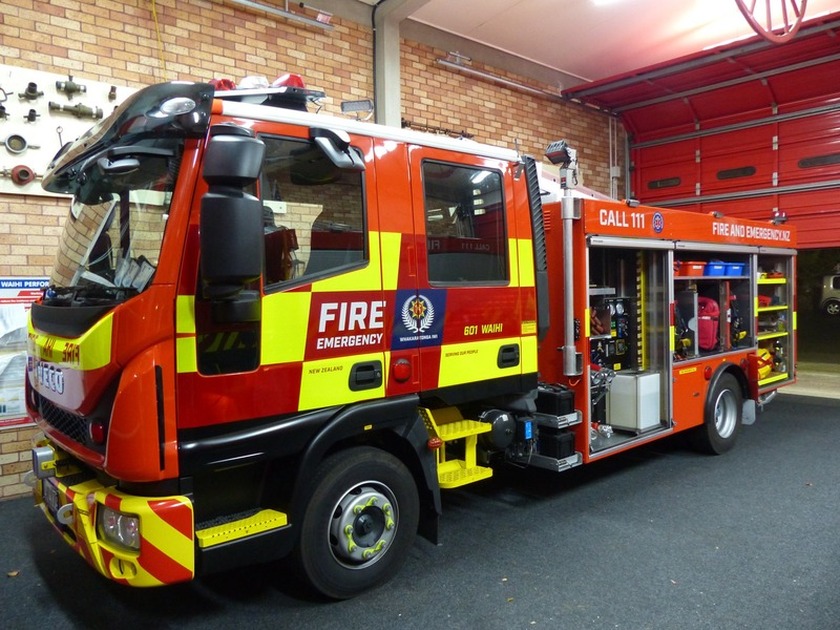 The Gold FM Fire Call Out this week featured six jobs Waihi Fire and Rescue attended over the last week.

Chief Fire Officer Moe Stevens joined Brian Gentil and went through the calls, starting last Monday, March 1. At 1 pm they attended a rubbish fire at Toomey St, which was extinguished as they didn’t have a permit.

On Wednesday March 3 very early in the morning at 2.30 am Waihi firefighters attended a call to Hetherington House where a water pipe had burst. While there was some flooding no-one needed to be evacuated.

There were two call outs on Thursday, March 4. The first was to Athenree Gorge at 2 am where there was a report of a car going off the road. While they searched high and low for any sign, they couldn’t find anyone or a vehicle. They even took the station van to search as far afield as Tanners Point, south of the area.

The second call came in at 3 pm that day after a report of smoke showing on a property on the corner of the Whangamata Rd and Gladstone Rd. They folk must have heard them coming Moe said, as when they got there the fire had been put out already, and there was no-one around.

Then last Friday, March 5, Waihi Fire and Rescue headed to Gilmour St after a report of another rubbish fire, including bamboo. With no permit, the fire was extinguished.

And the last call was late on Sunday night, March 7 at 11 pm, when they were called to an alarm sounding at Hetherington House. Apparently the alarm sensor is faulty and the security firm is getting that organised.