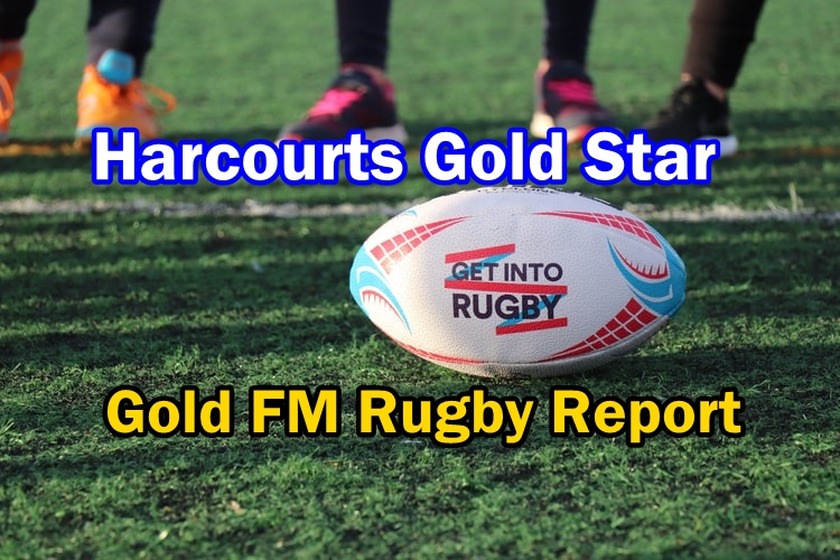 On the Gold FM Rugby Report with Harcourts Gold Star Brian Gentil started by speaking with Scott Day from Thames Valley Rugby Football Union about the Rugby Smarts Meeting tonight from 6 pm at the Thames Rugby and Sports Club.
Scott says it covers all sorts of safety aspects and is compulsory for all secondary school and club coaches. It will also include some good information regarding concussion and injury prevention.

And on Wednesday they’re holding a Level One Coaching Course for all levels of coaches at the Jack McLean Centre starting at 6 pm. It’s a three hour course and will include principles of play, scrummaging, lineouts, how to create a good culture in a team and more.
Today’s the last day to register so get in touch with the Thames Valley RFU team and take advantage; and it’s free.

Brian and Scott then talked about the Super Rugby Aotearoa games on the weekend with Friday night’s game with the Chiefs at home against the Highlanders being played with just a few hundred spectators able to be there due to the Covid-19 restrictions.
Unfortunately after a great start and a 20 - 11 lead at half time, the Chiefs ended up losing 39 - 23.

And the Crusaders hosted the Hurricanes, not on Saturday night as was originally planned, but Sunday afternoon to hopefully catch the change of Covid-19 level. And that’s what happened, the levels were adjusted at 6 am on Sunday morning meaning they had good numbers watching their win 36- 16 win.
Scott said how they looked so good even if they weren’t playing their best rugby, and both Scott and Brian mentioned the skills of Jona Nareki, who scored a hat trick on Sunday for the Crusaders.
Scott even mentioned the time he played a school game against Jona’s school, and he remembers how well Jona played then.

They wrapped up the report with a look at the local rugby scene and some preseason games coming up.

Scott will look into these more on Friday’s report.

To listen to the Gold FM Rugby Report with Harcourts Gold Star, just click on our podcast link…