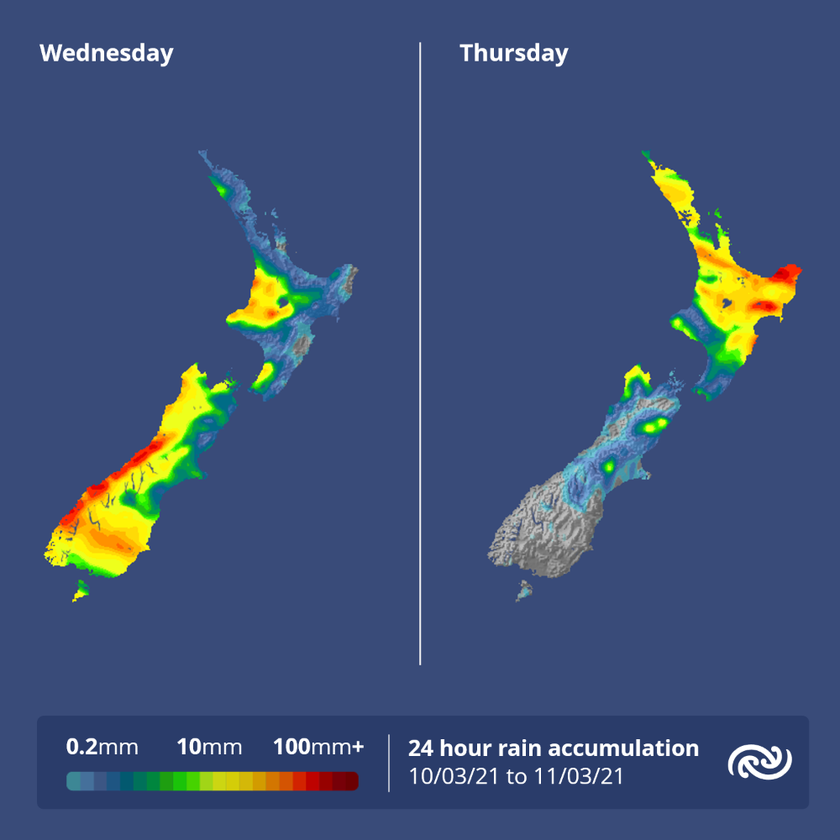 Weather over Aotearoa New Zealand remains settled over the next couple of days until a wet weather system approaches mid-week. MetService is forecasting a cool, wet change to cut in on a mild Autumn week.

As the country settles into the new season, the week gets off to a benign, albeit cooler, start, with sprinklings of showers in the west and mostly bright skies in the east.

Things pivot on Wednesday, however, as a low from the Tasman Sea draws near. MetService meteorologist Mmathapelo Makgabutlane explains: “The front associated with the low brings rain to the western and southern South Island as it tracks northwards, even reaching as far inland as Central Otago”.

The rain, however, is not the whole story. The front ushers in a cool southwest change that dips temperatures back down to the mid to upper teens for the South Island. “As changeable as it is, Autumn is ‘pre-winter’ after all, and we can expect things to continue to gradually get cooler over the coming months,” Makgabutlane remarked.

The baton passes to the North Island during the latter parts of Wednesday as the front advances, while starting to clear from the south. “By the end of Thursday most of the North Island will have received at least some rain or showers,” Makgabutlane commented.

The North Island also sees cooler conditions on Thursday, although not as much as its southern counterpart, and the rest of the week remains nippy over the country as temperatures are slow to recover.