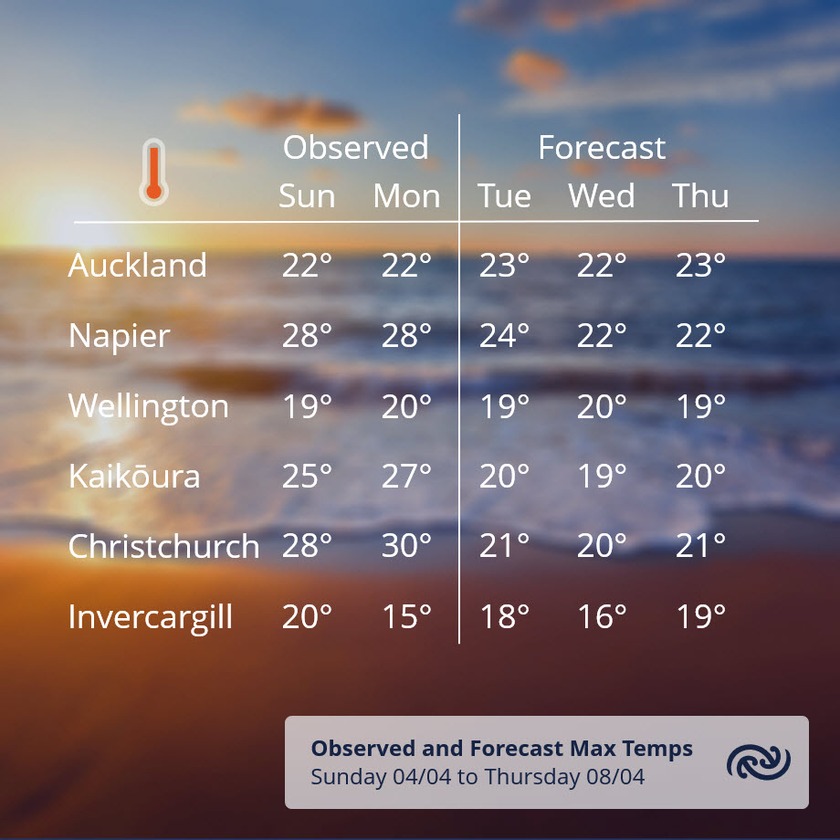 After a weekend of record and near-record April temperatures, MetService forecasts a return to more settled autumnal warmth.

Timaru Airport reached 30.6°C on Sunday, beating its previous April record of 29.4°C from 1978. Christchurch Airport nearly repeated the same feat on Monday, but stalled out at 29.9°C, a whisker below its 30.1°C 1978 April record.

“Strong northwesterly winds over the weekend drove temperatures higher for many, especially along the east coast of the South Island,” explains MetService meteorologist Alwyn Bakker.

A ridge of high pressure pushing over Aotearoa/New Zealand tonight (Tuesday) and tomorrow will keep temperatures on the warm side, and the weather settled. “Although temperatures are set to be above average for autumn this week, some might call them cool after the Easter weekend heat,” comments Bakker. “Think mild and cloudy, occasionally humid, rather than hot and sunny.”

On Friday, a deep low pressure system from the Tasman Sea approaches the country, leading to muggy nights over the weekend and the possibility of heavy rain and strong winds.