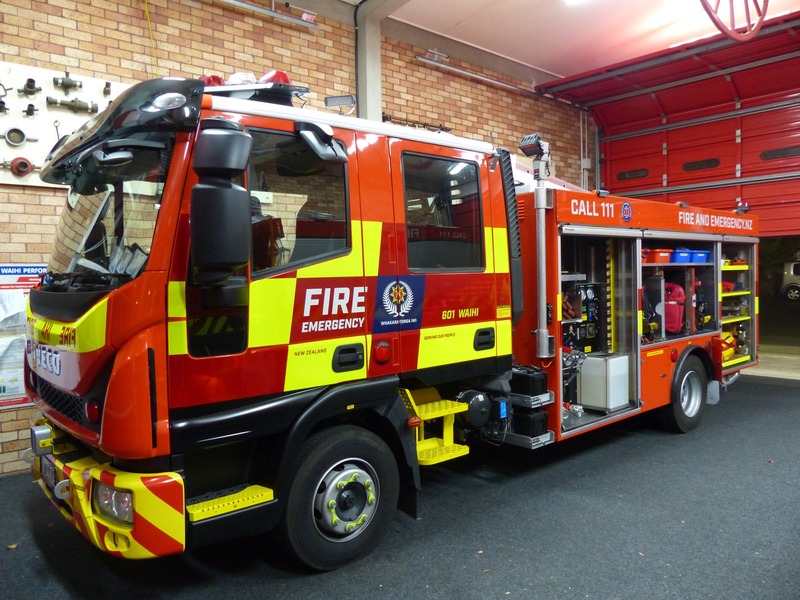 There were six call outs over the last week that Brian Gentil spoke with Chief Fire Officer Moe Stevens about on Tuesday morning’s Fire Call Out.

The first was last Wednesday, 31 March, at 7.30 pm when Waihi Fire & Rescue headed to Waihi Beach and the Wilson Rd shops, where an alarm had been reported going off. There had been some heavy rain recently and they found water had got into the system so they disconnected the alarm and left it in the hands of the owners to contact their alarm suppliers.

The same night, Wednesday 31 March, at 9 pm firefighters were called to a crash on the Paeroa side of the Karangahake Gorge where a truck and trailer had jack-knifed and ended up in the ditch beside the road. It needed to be pulled back on to the road by a heavy haulage truck before the road could be cleared. Waihi Fire and Rescue secured the scene and directed traffic until Paeroa Fire and Rescue arrived and took over.

On Friday, 2nd April, at 10.45 am they headed into the Athenree Gorge on SH2 where there had been a head on crash between two cars. The road was closed for the best part of 5 to 6 hours with a detour around Waihi Beach while they cleared the debris. Five people were injured Moe said, with two being flown to hospital while the others were taken by ambulance.

Also last Friday, they were called out to the basketball courts along Kenny St in Waihi where some ‘bright spark’ had poured an accelerant on the bark chips under the rides and lit it. Luckily there was no damage to the equipment.

Then at 5 pm they went back after it reignited. Moe said he can’t understand this sort of behaviour.

And on Saturday, April 3, Waihi Fire & Rescue were called to Gilmour St, where an elderly woman had left a pot on the stove and it started to smoke. Her smoke detector went off and she immediately rang 111, and then opened all the windows and cleared the smoke. Moe was impressed that she did everything right, which is great to see.

Brian and Moe said it was a good thing she had working smoke detectors and that’s why the outcome was positive. Daylight Saving is a good time to change your batteries in your smoke detectors Moe said.

And Brian asked Moe what was happening in Otorohanga in a few weeks. Moe said it was the annual conference for Past Presidents and Executive Officers where they catch up on the latest news and share their wealth of experience.

To listen to the Gold FM Fire Call Out just click on our podcast link.