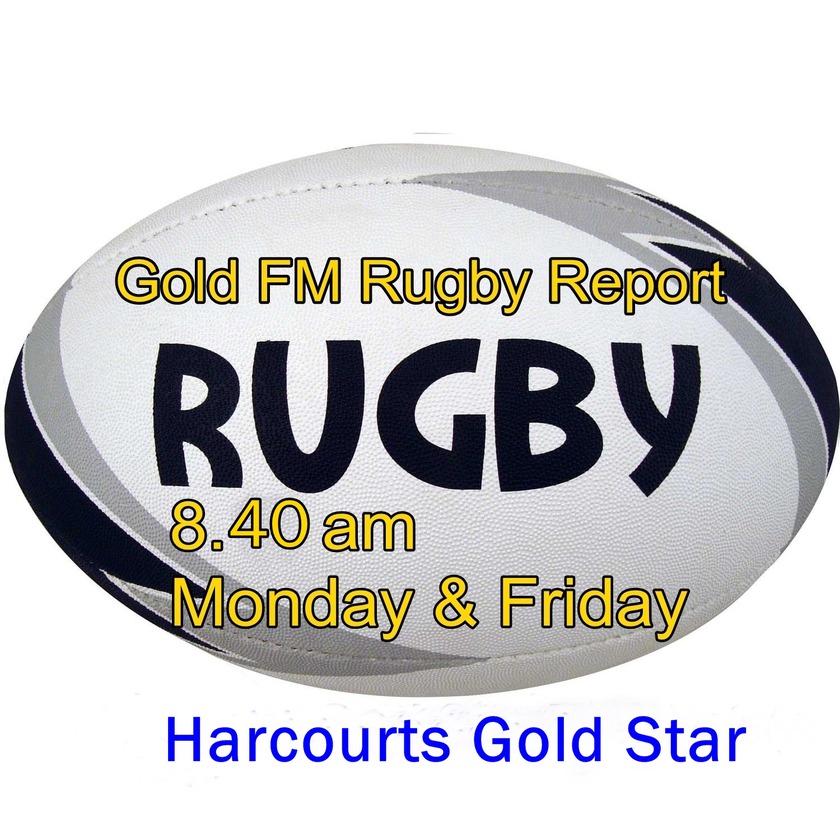 On the Gold FM Rugby Report this week with Harcourts Gold Star, Brian Gentil started by checking on Scott Day, the Thames Valley Rugby Football Union Rugby Development Officer, and his intake of Easter Eggs across the long weekend with his first game for Whangamata coming up this weekend when the local competition gets underway. Scott is looking forward to getting out on the field, and says a few of the sides have been recruiting some good players and the competition this year could go any way.

Scott also mentioned that junior rugby starts this weekend as well, so it will be all go around the Coromandel with lots of great rugby to watch. Get along and support your favourite side, and support the refs as well, they do a great job and are always under the close eye, and scrutiny, of the sideline supporters.

Brian and Scott looked at the results of the Super Rugby Aotearoa competiton, round 6 next. The Chiefs had the bye, while the Highlanders travelled to Christchurch to take on their neighbours the Crusaders on Friday night … and went home with the spoils. Scott said they played a hard game, and with six of their players dropped for disciplinary reasons, their cover stepped up to the mark. The final score was 33 - 12 to the Highlanders.

The other game last weekend was at Eden Park where the Blues wanted to get back on their winning way, and did so, beating visitors the Hurricanes 27 - 17. Scott thought it was an uninspiring first half, and the ref’s call on Ardie Savea giving the Blues a penalty try for what looked like a similar incident that had happened earlier in the game when just a penalty was awarded seemed out of order, or as he said “the expletives were rolling off the tongue at home” when he saw the call.

The table is a bit closer now with just four points between the Crusaders and the Blues.

Brian and Scott wrapped up with a quick comment on New Zealander Wayne Pivac’s reappointment as the Welsh Rugby Coach through until at least the 2023 World Cup, a good sign Scott says after they won the Six Nations recently.

To catch up on local, regional, national and international rugby news listen to the Gold FM Rugby Report with Harcourts Gold Star in Thames, Paeroa, Waihi and Waihi Beach . Click on our podcast link to hear the update.